skip to main | skip to sidebar

AMERICAN PIE to be rebooted? Seriously? 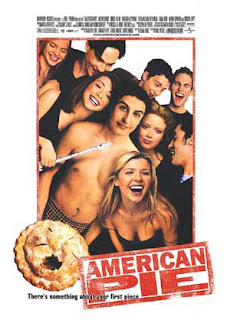 Look, I didn't mind the first two American Pie movies. They weren't brilliant, but they were funny and did have some gross-out moments that became synonymous with this kind of film. They also brought about the creation of a ton of copyist movies, not to mention all of those needless sequels. It didn't even need American Pie: The Wedding, in all honesty.

Sure, the American Pie DVD movies have been pretty popular (as far as endless DVD sequels go, anyway) and I can understand the interest in continuing to make those films, even though I'm not a fan of them. What I Can't understand is the need to bring it back to the big screen, or indeed to reboot it.

Really, come on, is there nothing else that could be done with the cash for another American Pie flick? In addition, hasn't the audience shrunk enough now that the DVD films have settled into their own genre? Please, for all our sakes, do something NEW.
Posted by starstore at 11:32 No comments:

My girlfriend came up trumps with her valentine's Day gift to me this year- six Sega Megadrive games (Genesis to our US readers). I promptly spent a chunk of the evening playing Sonic The Hedgehog and reliving my youth before we headed out to see a film.

There's some great alternatives to tracking down vintage consoles too when looking for retro video games, including Plug and Play versions of classic games, handheld games devices loaded with 16-bit classics and even new consoles capable of taking old cartridges.

It's a cool idea that's sure to raise a smile with that games fan in your life, and it's a field which does seem to be growing right now as interest in retro video games continues to grow.
Posted by starstore at 12:21 No comments:

What? Nooooo! Look, I know the guy has his fans, but sticking him in as the lead in a gritty, violent and really damn good comic book story is just wrong and make my every atom quiver with fear. Word is that Zac is to tackle FIRE, the classic two issue indie title written and illustrated by comics luminary Brian Michael Bendis, in which he would play a college student who is recruited by the CIA for a secret program that takes a rather sinister turn.

It's nasty, hard hitting and really not the sort of thing I can see Efron pulling off. Then again, that's probably down to my abject dislike of High School Musical. I can understand the guy wanting to get away from his HSM days, but this just seems a bit wrong. Shia LaBeouf would have been great for the role, but if it's gotta be Zac, at least the flick will find a decent sized audience.

It's probably a good thing that FIRE, originally published by Caliber Comics and later reprinted by Image, was a pretty small scale tale that only the diehard comics geeks will have heard of, let alone read, as it means there's a smaller number of people that will be picking over the film for inconsistencies. It'll be interesting to see where this project goes.
Posted by starstore at 03:17 No comments:

Pirates of the Caribbean 4: Orlando Bloom Out 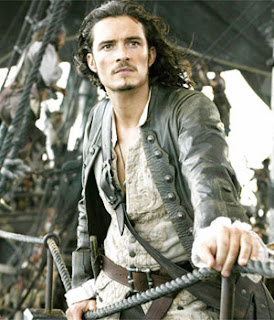 Johnny Depp is set to return as Captain Jack Sparrow, which is good otherwise it wouldn't get made, really.

Rob Marshall is in the director's chair for this latest entry in the adventure franchise, which, while being greeted with open arms by the hardcore POTC fans, has the rest of the moviegoing public going 'Eh?'.

After the mediocre reception the last film got (despite its huge box office totals), isn't it time to just let this franchise fade out?

If anything, a TV series of young Jack Sparrow adventures would be a hit, and give the series a new lease of life rather than continuing to make loads of sequels with ever diminishing returns. Still, no matter what a geek like me says about it, the fourth Pirates of the Caribbean film will be a hit. The question is though, will it be any good?
Posted by starstore at 07:27 No comments:

Labels: Movies, pirates of the caribbean 4 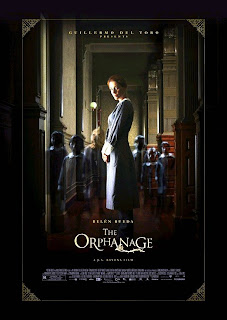 You will have to excuse my apoplexy. There are few things that make me seethe about the movie industry right now than the subject of remakes.

These damn things are popping up left right and centre lately, and they are getting to be ever more predictable. Case in point- recently we've had remakes of all of the big horror icons from years gone by, such as Freddy Krueger, Jason Voorhees, Leatherface and Michael Myers, fair enough, the originals were made decades ago.

But now we have things like the remakes of Let The Right One In (Let Me In), [rec] (Quarantine) and news of an American remake of The Orphanage coming too! What next? remaking Twilight six months after each film comes out? Actually, that one might work.

Nevertheless, this constant stream of remakes dilutes the power of the originals, and as many people already know what's going to happen in them, they are becoming an increasingly pointless waste of everyone's time.

Stick to the originals, people. Enjoy them and appreciate them, and maybe one day Hollywood will remember what it's like to put something new out that isn't based on a Japanese or European flick that most of the core audience will already have seen.
Posted by starstore at 07:00 No comments: 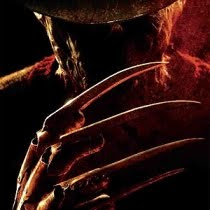 Early reviews of test screenings of the NIGHTMARE ON ELM STREET remake have started to turn up online, and while they are of an unfinished print of the film, there are still legitimate concerns for fans of the classic film.

It seems that a bunch of things that made the original Nightmare on Elm Street movie so special are missing from this reboot, such as the iconic 'tongue phone' shot and the hugely memorable 'blood fountain' that are so very much loved by horror fans.

But that's not all. It also appears that much of the atmosphere of the original is missing too, not helped by a mediocre cast. Jackie Earle Hayley (aka Rorschach in the WATCHMEN movie) apparently gives a great performance as a truly evil incarnation of Freddy Krueger. This is great news, as previous Elm Street movies (in particular entries 4, 5 and 6 in the original batch of films) saw the character become a cartoonish joke.

This time round he's the real deal, scarred and terrifying, cold and pure evil. There are also mentions of his background as a child molester and murderer being talked about more in the film, making his character even more unsavoury for the audience. This is cool, as Freddy Krueger should always be the villain and not the hero of a film like this.

Hopefully the film will be tightened up for its release, and some of he pacing issues and scare cues are dealt with. Now that we know this won't be brilliant but it also won't be terrible, we can all stop worrying. It's the same old remake deal. decent, but could be so much better, and nowhere near as great as the original.
Posted by starstore at 06:21 No comments:

There are some fantastic new movie posters being revealed at this year's annual San Diego Comic Con!

Many are only visible at the event as banners, but we've looked around for good, clear images of these great new posters. 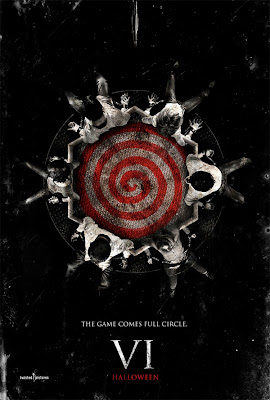 A NIGHTMARE ON ELM STREET (REMAKE) 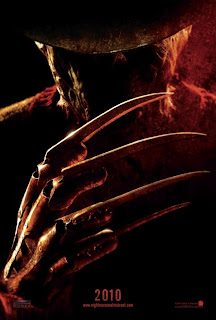 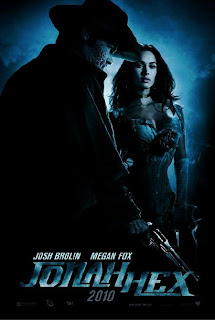 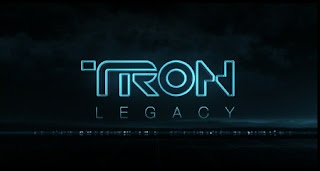 More news on the latest unveilings soon!
Posted by starstore at 03:00 No comments:

Like the TARDIS it is bigger on the inside!